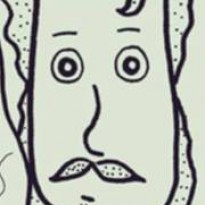 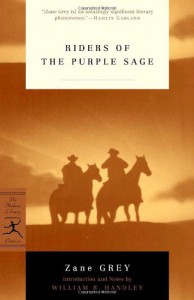 Kanab is transparently the town of Cottonwoods, for anyone who's been there. (incidentally, Kanab is a rough transliteration of a native american word meaning "willows", so yeah...)

Me, I only lived there 5 months, but that red dirt is in my soul and I ache to go back always.

Kanab is a special place, not only because it is so beautiful, but because of its isolation. It's the largest town for almost 100 miles in any direction, with no interstate highways, so it is a world in its own. Lonely and isolated, but stunning.

Being already in love with the scenery, and you can tell Zane Grey was, too. He describes the landscape in a way that brings it to life... well, except for the frequent odd use of the word "purple."

Now, to me, these cliffs look red. The official description is "vermillion", but if you substituted the word "purple" for them, you wouldn't be far off. Hence, all the references to purple in the story.

Legend is that Zane Grey stayed in the Kanab Grand Hotel (now called Purple Sage Inn, naturally) while he was writing this. So I've been wanting to read this for years. Now I have.

So, was the story any good? It's hard to tell. The story was interesting and compelling. The characters now seem like stock characters spouting hackneyed phrases that are all really tropey, but I get the impression that this is just 100+ years of this novel reverberating through the culture, and that this is the original. It's like reading Sherlock Holmes (or Dashiell Hammett, but I haven't read his stuff yet), and trying to untangle the action from its cultural ubiquity.

The other hard part for me to read was that Grey casts the Mormons as bad guys in the novel. Being a Mormon myself, I take some offense to that, but I know enough of our history to know that Grey is pretty close to the truth. After being heavily persecuted and fleeing several places in the midwest in the 1830s and 40s, the Mormons created their own civilization in the badlands of Utah, and were just as unkind, devious, and terrible to any non-Mormon interlopers in their settlements as they were east of the Rockies.

It's a good point of reflection that echoes Ghost Hawk by Cooper and Satanic Verses by Rushdie, both of which I've read in the last few months-- how an oppressed minority can turn around and be even worse once oppressors once they gain a majority. I'm sure this has applicability in our current politics, but I'm so sick of how the world is right now, I don't want to think about this too much.

Anyways, I'm glad I read this. Now I want to go back to Kanab again. Maybe permanently.